skip to main | skip to sidebar

So after tonight, and another failed attempt at a Lord (server crash), I thought of something. Why in god's name do zones lock? It is beyond frustrating that in a game where WAR is all around, you can't actually go to war in a specific area.

Due to the fact that these zones do lock, it gives very little to no incentive for people to even go to a certain zone. Thus promoting a "zerg" mentality across the server. By bottle necking everyone to one place, the game ultimately crashes at this stage in Warhammers life, bringing about frustration all over again.

Tomorrow's a new day I suppose. Hopefully a new patch solves a problem or two. Sorry if my frustration has been showing through recently. Hopefully that is something solved soon as well.
Posted by Vizo at 8:16 PM 3 comments:

All these runs, not a damn thing! 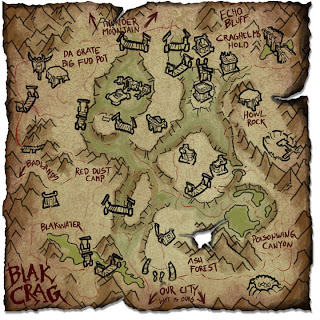 Had a decent day today with WAR! Continued to screw around on the KotBS, and got in both a Warblade and a Sigmars run on my Rune Priest........unfortunately the loot system is terrible.

Out of both runs, full clears mind you, not a single item dropped that could be used by any group member. Was that not to be addressed in an earlier patch??

I remember, way back when, when it was said loot would drop that was only usable by those in the party. Alas, I guess that was not to be.....yet. Hopefully this is something that changes, and changes soon. Quite honestly, while tonight was fun with some friends, it was pretty disappointing. It's things like that, that really wear on a player. With contribution borked in keep takes and the lackluster loot that falls on any given night, will it be any wonder when people just ultimately stop logging on? I certainly hope that doesn't happen, but I've already noticed people re rolling several alts, switching realms, and quitting altogether. Not because the game is bad, but because the game is dare I say, getting stale?

I think the majority of people were really looking towards the ORvR aspect of this game, since it was even just a concept. So far however, that has yet to come to fruition. While I do feel as if there is plenty of opportunity for guilds to run "gank groups", it doesn't seem like many are.

Right now it is just to easy for the zerg to keep up. To easy to see where the action is. To easy to throw numbers around. Maps aren't large enough, there needs to be a speed to seperate groups (ie:. Speed 5/6), and there needs to be better rewards for ORvR rather than just that of Influence.

As a casual player to this game, it is hard enough to find a group to run things with. And while running with the zerg can be fun at times, it takes all the skill out of the game.

Here's to hoping these things are addressed soon, as I do believe they will be.
Posted by Vizo at 8:26 PM No comments:

So after fiddling around in Altdorf due to the lack of action in T4, I decided to make a KotBS alt. Not a bad career it would seem. I've only done T1 BO's in Nordland, as I really only play for PvP. I can't say I'm displeased with them, although I can't say I'm in love either. We'll see how it goes I guess.
Posted by Vizo at 9:03 PM No comments:

So, in my browsing of the web just now, I came a cross a pretty sweet tool used to
create a template for your Warhammer character. It's called Warforge, and can be found here.

It lets you pull in items straight from WarDB and uploads their stats to your character. You can then customize a suit to your liking, even putting in renown rank tactics and talismans. You can pick any career you'd like, just scroll through them at the beginning.

Something like this I think is really needed for the Warhammer community. The more tools we have at our disposal, the better the game will be for all of us.

After reading what seems to be a countless number of blogs about Warhammer Online, I've decided to take up the time and create my own.

Name is Vizo, currently playing a 40 Rune Priest / Witch Hunter / Ironbreaker on The Phoenix Throne server. Like many others, I'm a once "hardcore" gamer turned casual. I've grown up, as sad as that may be. I'm 27, married, have a nice house in a simple town, and I'd give anything to go back to college and spend 3 straight days leveling a new nightshade in DAoC.

When it comes to gaming, I want what I once had. An elite status amongst those on the server I play on. The time to play. The thrill of the hunt. Hopefully by my rantings, and play, I'll be able to get some of that back.
Posted by Vizo at 6:41 PM 6 comments: